The HDC-4300 is already well established as the 4K / UHD systems camera of choice for outside broadcast and live production. It also delivers 150 fps out of the box, and once a further upgrade key is installed, can run up to 400 fps. The high frame rates are at HD resolution though. At 4K you can ‘only’ go up to 50P / 60P . You can have 4K/UHD or HFR, but not both....how terribly inconvenient.

Until now, that is.  (To borrow a phrase from 1980s Tomorrows World)

Now that’s a lot of data coming from the camera. 4K at 50 fps is already connecting to the outside world via 4 x 3G = 12G.  In order to create and manage this amount of data we’re back to a Super 35mm large format single sensor, and a PL type lens mount (a bit like the F55 camera).  It’s easier to drive a large sensor at the enormous clock speed required, and of course the single Bayer pattern sensor means you’ve already ‘managed’ the data rate somewhat.

It’s a new sensor, with global shutter, but you’ll face similar challenges to using the F55 camera in terms of lens choice, lens reach and adapters.

The other side of the coin of course, is that you can have access to lots of lovely PL lenses. Maybe not the zoom range you’re used to but you will get the whole shallow depth of field package.

Alternatively, you could use the PL-B4 adapter that is packaged with the system. This will also enable you to fit the camera in to an HDLA type lens cradle if you need to use a box lens. Your B4 lenses will give you the range you’re used to, but you’ll lose 2.5 stops of sensitivity. Don’t forget you’re also losing a stop of sensitivity every time you double the frame rate as well, so in HFR mode, a November evening at Carlisle United might be a bit of a challenge. 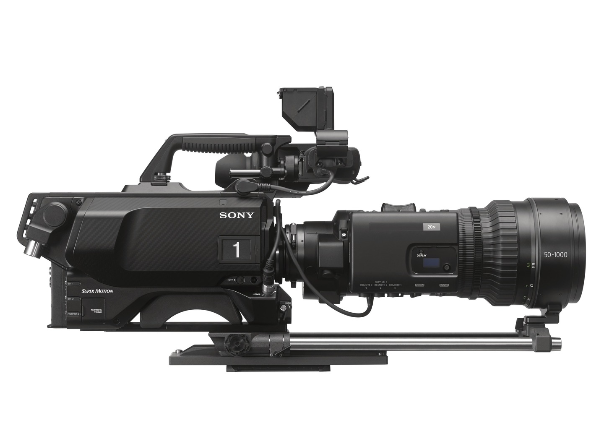 It’s all very well being able to read a sensor at 400fps, but you then need to be able to manage that data, record it, and access it for replay. The HDC-4800 relies on a similar Baseband Processing Unit (BPU) to the ‘4300. The camera just flings data down the fibre cable, and it’s sorted out at the other end by the BPU, which sorts it out in to the flavour you need.

The BPU-4800 that must be used with the HDC-4800 is a bit different though. You still need a second box, just like the HDC-4300 system; an HDCU-2000/2500 to provide power, comms and other dull but essential stuff, but it does incorporate 4TB of storage to record and replay XAVC files of whatever the BPU can deliver. The BPU-4800 has the replay server built in....which is nice.

4TB is enough to record an hour of 4K@400fps, but you can add storage up to 16TB, which is 4 hours at full tilt. Just don’t be the person who has to back up the server at the end of the event.

Here’s a handy lens conversion chart for when your rental company starts throwing numbers at you:

Here’s a quick summary of those rather confusing boxes you can use to fill up all that empty space in your racks:

Errors and omissions excepted, as they say. 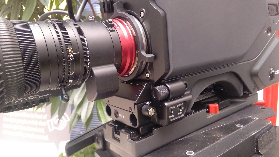 << There are mounting holes for 15mm rods on the front of the camera, as you may well need to support some heavy lenses.

Vocas also have a heavy duty support system, incorporating a special spacer for the HDC-4800.